A high staff turnover, symptom of a sick company?

If half of your collaborators end their contract on their own during the trial period in your company and if the people present in the company since over a year are “ the old ones”, it’s possible that your company has a staff turnover problem. All this isn’t a good omen for the company’s stability and for the happiness at work for collaborators.

The turnover (also known as the rate of staff renewal or rate of rotation for the strong supporters), measures the percentage of collaborators, who leave the company on a given period and it’s generally an indicator, followed by the Human Resources, or by you the Office Manager. The impact of a high turnover is much broader, it makes a consequence on the company, in its entirety, motivation of teams, not to mention the evolution of projects.

How to calculate a turnover?

The turnover measures the ratio of collaborators who leave the company, on a given period, the calculation basis depends on the period you choose. Generally speaking, companies calculate this on a quarterly or annual basis. Here’s the calculation:

To get a percentage, you just need to multiply the result by 100.

Analyze one’s turnover: why is everyone walking out ?

Unfortunately, a high turnover is a problem for a major number of companies today. It’s difficult to calculate the number of collaborators, who wish to abandon the ship in the coming months. But when you give your staff turnover and its evolution a closer look, you should obtain the information on the reasons for leaving.

Who are these collaborators who are heading towards new adventures?

First of all, let’s be clear: it’s completely possible that people can quit the company. Done with those times where the grandad spent his entire career in the same factory. Moreover, if the people leave the company as they aren’t in keeping with the expectations or because they are doing nonsense, it’s surely good for the company’s health. However, if the best profiles are heading towards the competition, well you have a problem here. In your company, which of these two type of collaborators, quit the company most often?

When do they walk out?

Is there a period in particular where you observe that more people are leaving than usual? Temporal elements may point out when the risk is rather high? Perhaps, your collaborators choose to quit the company during the end of the trial period or after two years in the company? Understanding the average time during which an employee stays in the company is important to improve one’s turnover.

Stop having an insane staff turnover

Having a turnover is normal, however when it’s too high, this is a problem. In fact, this issue costs companies a lot of money: you know, recruitment has a high cost. If your company decides to reduce its turnover, here are the actions you need to implement:

One of the periods where you may really risk seeing a collaborator walk away is during his first days in your company. This is due to poor onboarding, where the collaborator had a hard time understanding what one expected out of him, didn’t feel welcome in the company and got a first negative impression, when it came to aspect. As an Office Manager, you have a major role to play concerning the onboarding process.

Careful with the quality of managers

One of the main reasons for which someone leaves the company is because he can’t stand his manager anymore. And on the contrary, when collaborators are really devoted, it’s often thanks to a great manager. Implement training and coaching for your managers, to ensure that they take care of your newcomers.

If the collaborator has the feeling of having learnt everything, of having covered the whole position and not being able to move forward in the company, it’s natural that he’s thinking about quitting the company. The implementation of an evolution plan in the company is key so that your collaborators can continue growing in your company. Be open about the various opportunities to progress, help your collaborators move forward. Companies spend millions recruiting new talents, how about spending some to keep them?

Handle mishaps at work, even during the most chaotic situations

When we plan events, implement a new process or even test out a new service provider, we have a plan, a precise idea on... END_OF_DOCUMENT_TOKEN_TO_BE_REPLACED
12-09-2019

Why having lunch at one’s desk is a shi*** idea

Office Managers, you’re swamped with work. We know that. So, it often happens that you have lunch at your desk to gain... END_OF_DOCUMENT_TOKEN_TO_BE_REPLACED
17-10-2019 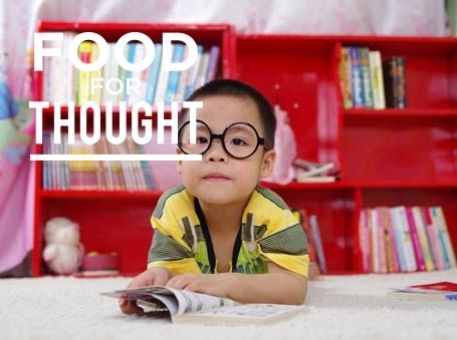 Is it really worth training collaborators?